Skip to content
Tons of ice-creams, volumes of ice & electricity bills running to pages – is how we beat heat here in North India. For all the love we have shown to the moon in our poetry and novels, we ended up offending the big daddy & he has decided to teach us a lesson with soaring temperatures every year. Many of us face the fury of heatstrokes every year & cure our migraines by gulping Lemon Sodas or Diet Cokes. Other than this, we wait for rains. In fact, come Summers and all we can talk about is rains:
“It’s so hot. When will it rain?”
“God, the seasons have shifted. No rains this year.” 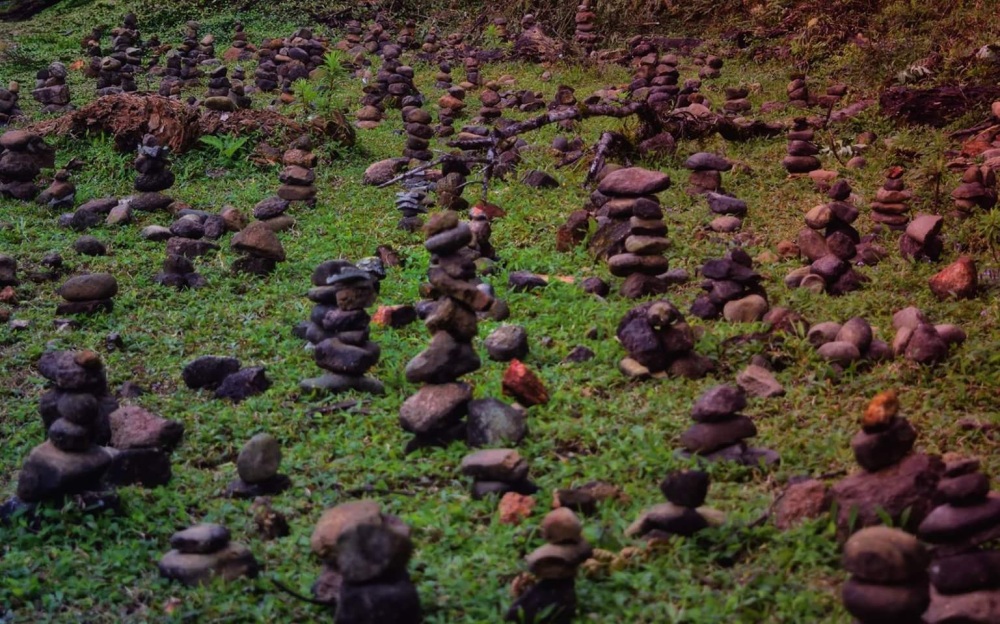 But rains apparently listen to little Johnny and decide to postpone their arrival & the big daddy decides to shine a bit brighter. And us – oh, we burn. We burn real good. And steal some moments of happiness in the hill stations near by in pursuit of a better weather that’s not so angry or offended. 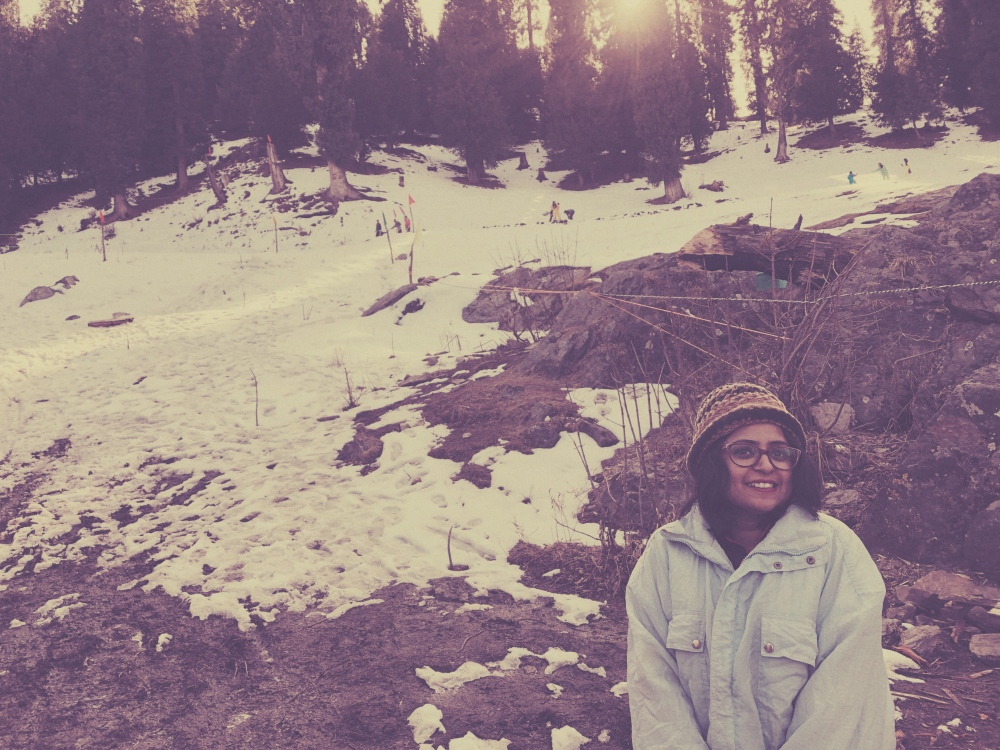 This pursuit of a better weather took him & me to Himachal a few weeks back led by the news of snowfall. The interesting thing is that Summers hadn’t even arrived then, but we geared up to indulge in some pre-emptive fun.
It was a long drive of 12-14 hours from Ghaziabad, Uttar Pradesh to Kufri, Himachal Pradesh dotted with Dhabas of Murthal serving yummy paranthas, the glitz and glamour of posh Chandigarh & fresh air of Shimla. When we couldn’t spot any snow, we started to doubt the news piece & began gauging each other’s expressions,
“Is she as clueless as I am?”
“Did I trust too soon?”
We put our faith in the weather God and continued driving to Kufri & soon the trust bore fruits. We could see traces of a snowfall. As we neared Kufri, the patches of white grew bigger & so were our smiles.

We rode a bit more & reached Narkanda and spent a day creating indelible memories for a lifetime  that no procedure can delete (at least we believe so!).

We reached a private property that had snow-carpeted lawns and treks leading to thick tree plantations reminding you of forests from Bollywood romantic movies. We both, however, are not such big fans of running around trees & thus created a scene from one of our all-time favourite movies. 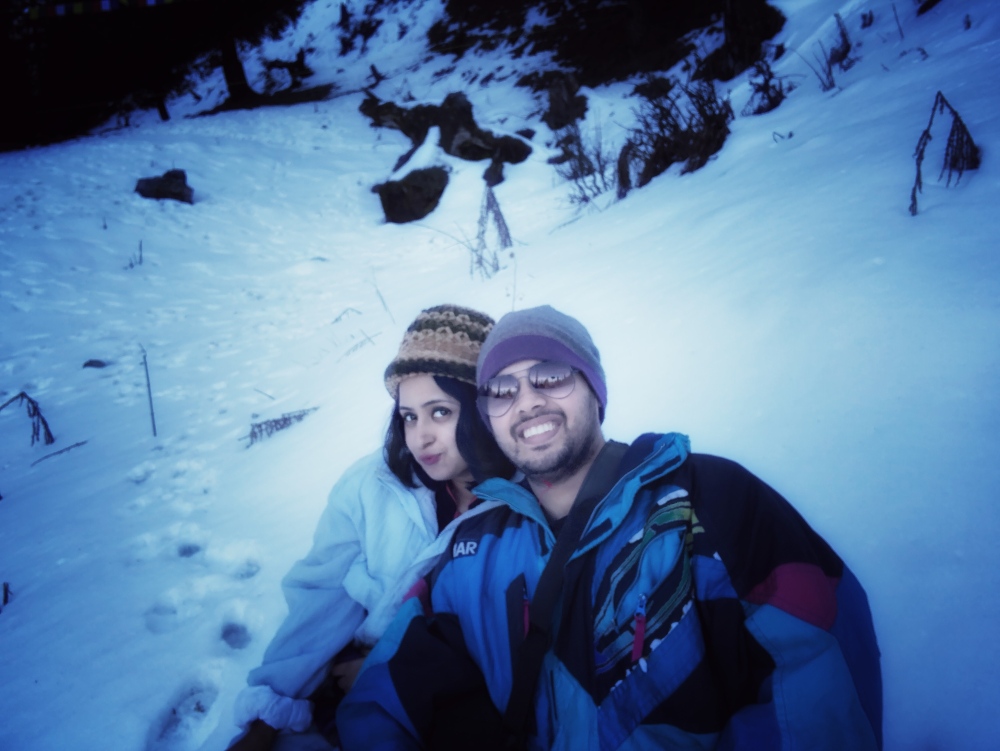 A bit of trekking, hours of playing in snow, finding happiness in each other’s company & hundreds of pictures later, I caught a bit of fever & he began sneezing. We came down slipping and tripping because – it’s not easy to walk down on a slippery, snowy surface. You didn’t know? You are in for a surprise then. 😀

That was just a day. And it was enough for us. Because time doesn’t guarantee happiness; company does.

And what could be a better company than snow-capped mountains, snow-carpeted roads & snow-filled memories with your loved ones – to last for a lifetime!

Meet your better half in mountains! 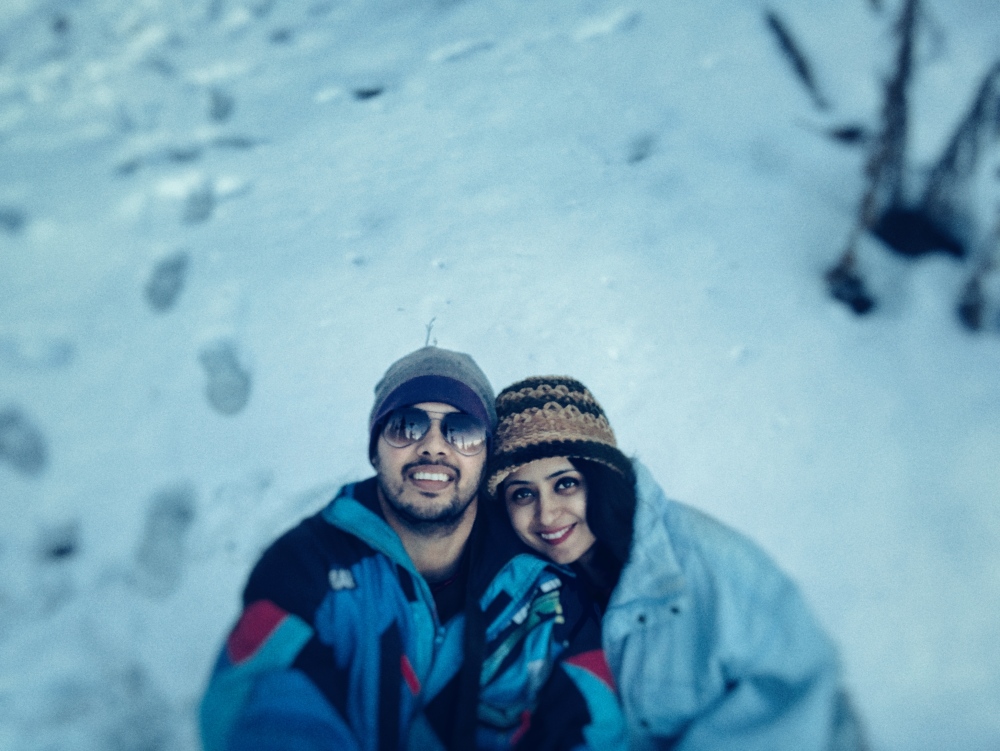 Because those memories are indelible. 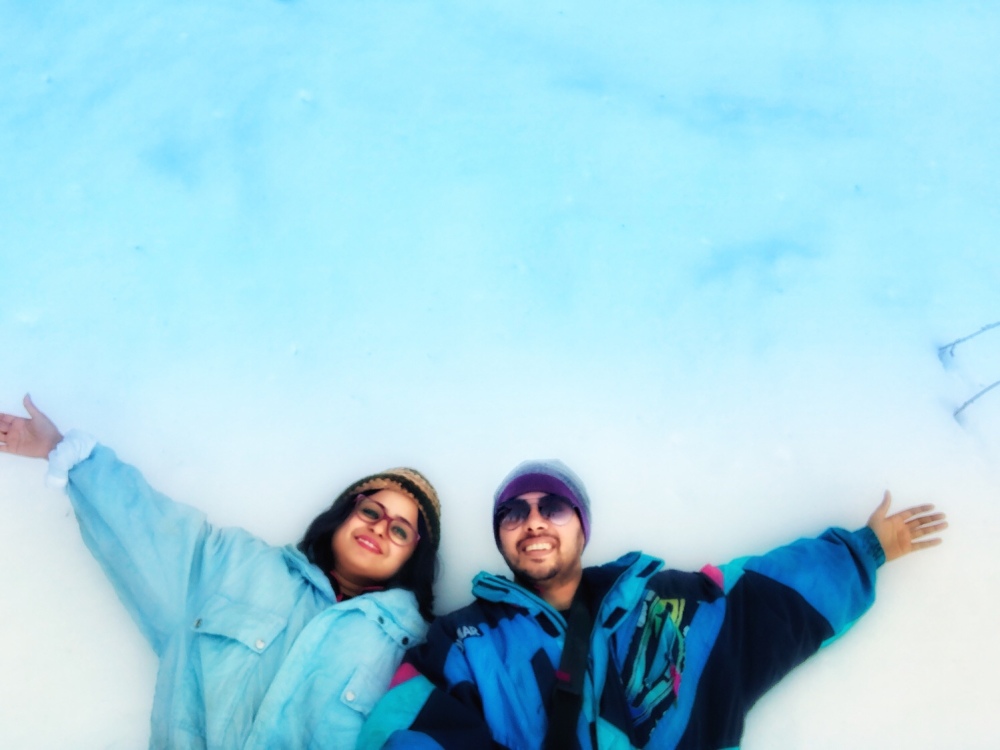 Narkanda is a beautiful place in Shimla district, surrounded by Shivalik Range. It’s a favourite skilling destination for winters and of course, a refuge in Summers. You could take a flight to Kullu/ Chandigarh & drive from there or take a train to Shimla and drive down to Narkanda. Or if nothing works, take a bus to Narkanda.