Some things can never lose their charm. For example: good, old landline phones. Remember, the first time they installed it at home? We won’t let it go out of sight, not until we are at home. We would wait in front of it for hours hoping that some distant aunt will give us a call and we will get to pick up the receiver & hold it. I always enjoyed the ringtone. That always sounded like music to my ears, because that symbolized a break – a break from whatever we were doing at that time.

Like the landline phones, railways has their own charm. That sticky smell of platforms, and the intermittent, shrilled sounds of ‘Chai, Chai’ & ‘Coffee, Coffee’, the menacing crowd and the announcements of arrival’s and departure’s of trains.By the way, I never understood them.

The anatomy of a railway station:

Between the pungent smells of ‘about to be spoilt, and deeply fried food’, ‘the formula Chai’ & stalls selling packaged snacks, cold drinks and Railway Neer, you see people – people from all kinds of backgrounds with all sorts of purposes in life:

Some would be the first to claim the platform bench & stuff their luggage on the vacant space on the bench. They take pride in occupying the vacant spots of the bench faster than most.

Some come with no such aspirations. They don’t have any love for the platform bench and will sit wherever they can. They come prepared with a bedsheet, some peanuts or aloo-puri & loads and loads of luggage. There! They have a little picnic of theirs on the platform.

You would also find a bunch of pseudo-book lovers lurking around the platform, waiting for their train. Their love for books usually flares up on platforms, around the book stalls, for INR 100. They love to buy books, by kilos and love to spend the entire journey with a rom-com. After that journey, the book usually finds itself in a forgotten corner of the owner’s house under heaps of dust, avoided and neglected. 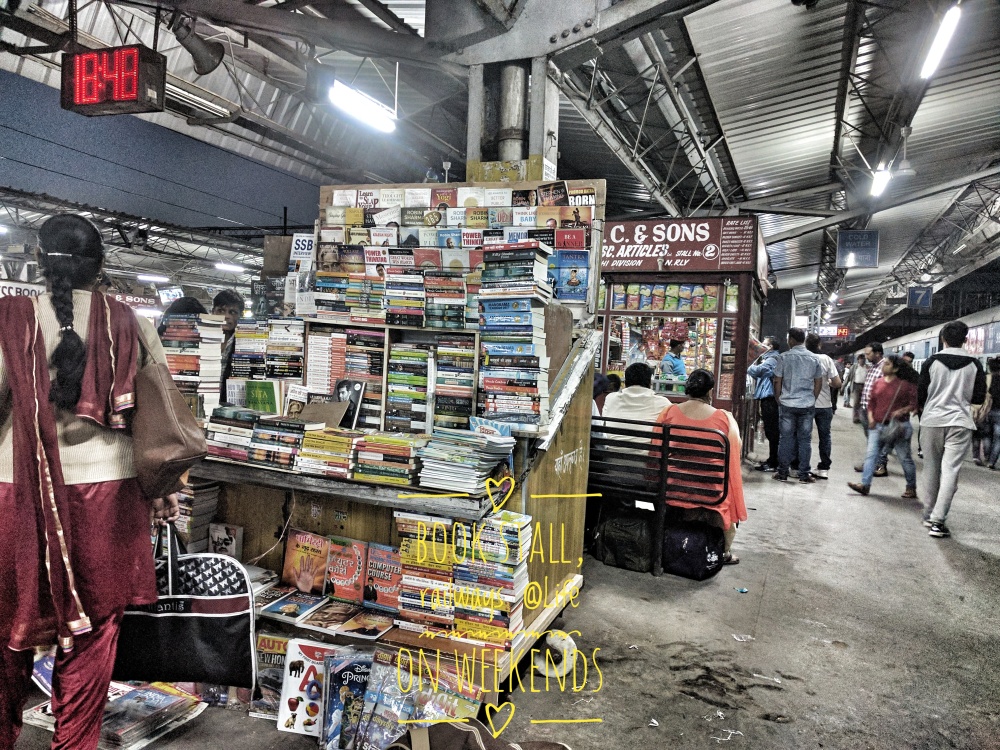 The most interesting part is when a train arrives and people gear up like Ninjas to board the train, claim a window-seat and stuff their luggage under the lower birth. That 10 minutes are packed with shouting, screaming, nudging and shoving. At that time, an air-conditioned train ticket seems to be the biggest achievement of life. And all the trouble went in affording this ticket and everything else seems worth it. 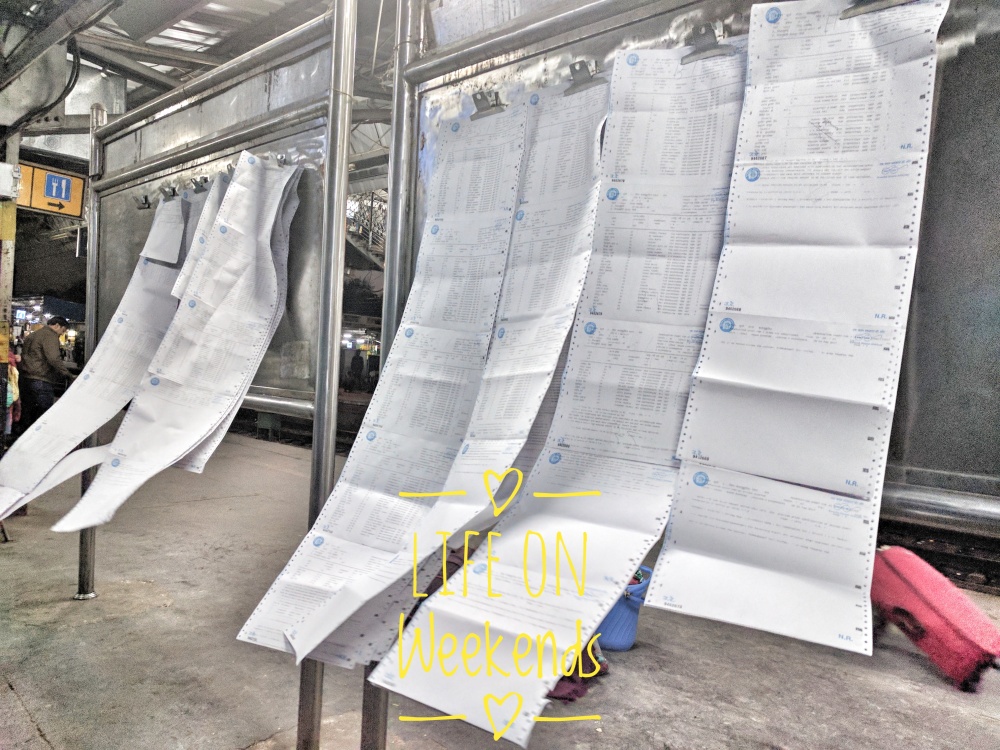 A train journey is years away from the comfort of an airport lounge, the neat queues at baggage check-in counters & the musical announcements for boarding. The railway vendors shouting ‘Chai, Chai’ will probably never be able to match the style and elegance of air hostess and stewards. But even then, it’s got a charm of its own. The excitement leading up to a station, the hot cup of formulae tea in your cupped hands and the knick-knacks sold inside and outside the trains – they remain unmatched. And that’s why I love travelling by trains.

When did you travel by train last? Share with us in comments, we would love to know.