India is a land of religious people who love their Gods more than anything else. A lot of families still wake up before Sunrise every day and start their prayer rituals after morning ablutions and bath. They hold on to the faith that ‘good wins over bad’ & firmly believe in the power of the supreme force that is watching over all of us.

Every now and then, religion and mythology together gives us reasons enough to celebrate our long held faith. We celebrate the slightest & the most trivial of reasons – the homecoming of King Mahabali on Onam, the harvest season by flying kites on Makar Sankranti, the spring season by worshipping goddess Saraswati on Basant Panchmai, the birthday of mischievous Lord Krishna by observing a full day fast on Janmashtami and the grand festival of Deepawali to celebrate the victory of good over evil by lighting lamps.

Each of these festivals has a very interesting background story – where characters have ingrained moral values and driven by a deeper purpose. One such story that I have grown up listening to is of King Bhagiratha who, by virtue of his intense prayers, brought Goddess Ganga to Earth. Ganga used to flow in heaven and would have had come with such a force that it would have destroyed everything on Earth. To contain the fall of Ganga, Lord Shiva intervened and restrained her in her long, brown locks. Since then, Ganga flows from Shiva’s locks (jataa) & flows across North and East in India before merging with the ocean.

The day when King Bhagiratha convinced Goddess Ganga to transcend to Earth is called Ganga Dussehra and is celebrated every year in the month of June. To the world, Ganga is a holy river, but for us – Goddess Ganga is our mother. We take our new-borns to the ghats of Ma Ganga (Mother Ganges) & perform the ritual of Mundan. That marks the journey of life for the new born. The new born then leads his life with the blessings of Ma Ganga and eventually merges with ‘Ma’ (Mother Ganga) when the family scatters the ashes of the departed soul in the holy river Ganges.

The next biggest festival after Ganga Dussehra is Ganga Mahotsav celebrated in the month of November after Durga Pujo and Deepavali when people flock to the ghaats of Haridwar, Rishikesh & Varanasi for a simple bath and dip in the refreshing water of holy Ganges.

A dip in the Ganges (Maa Ganga) is supposed to absolve you from all the sins. The mere act of taking a dip in river Ganges is an interesting ritual in itself. You hold your nose with your right hand, and with much focus on your held breath, you almost squat underwater. Within 2 seconds, you come above water, invariably chanting, “Har, Har Gange”. At any given point in time, you take three dips in the river and walk free from the burden of all sins committed unintentionally or in your previous births.

It’s almost like leaving behind all the woes of your life and beginning a new journey from the scratch. A dip in the river Ganges is like a compassionate hug of your mother that makes you forget all your problems and immediately puts you at peace. 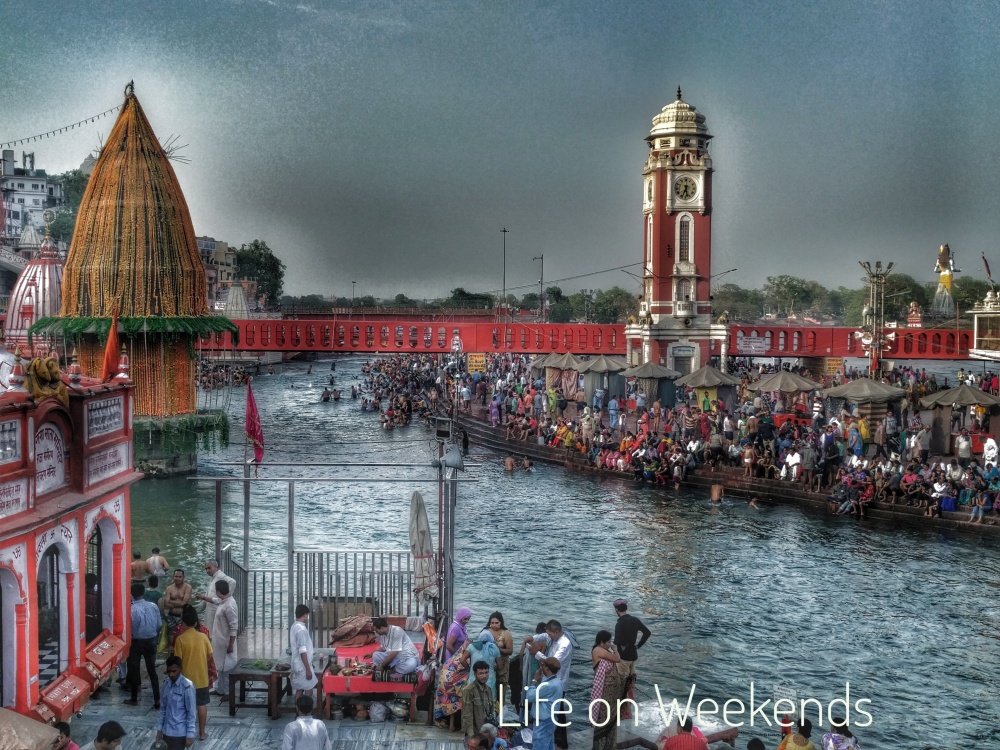 Why on Ganga Mahotsav?

Ganga Mahotsav is yet another reason to revel in the glory of Ma Ganga (Mother Ganges); yet another chance to witness the majestic aarti (part of morning and evening ritual) amidst the rhytm of cymbals, harmonium and tabla (an Indian drum) with an occassional high of conch blowing.

When the group of learned pundits (priests), clad in white or saffron bow and sing in love for Ma Ganga, one couldn’t help but feel mesmerized by the thousand lit lamps on the ghaats with the gentle sound of the river flowing by, in the background.

Ganga Mahotsav culminates in the grand celebration of Kartik Poornima when one can see a full moon in the sky. The ghaats of Haridwar and Varanasi look misty under the noble moonlight. I usually wonder whether it’s the full moon alone or King Bhagirath & Lord Shiva partaking in the tribute to Ma Ganga on Kartik Poornima. It should be the latter. How else could you explain the divine experience of enchanting sky with twinkling stars and a glowing full moon?

On and even after Kartika Poornima, the river Ganges continues to flow humbly across the North and East, blessing one and all, on its way. 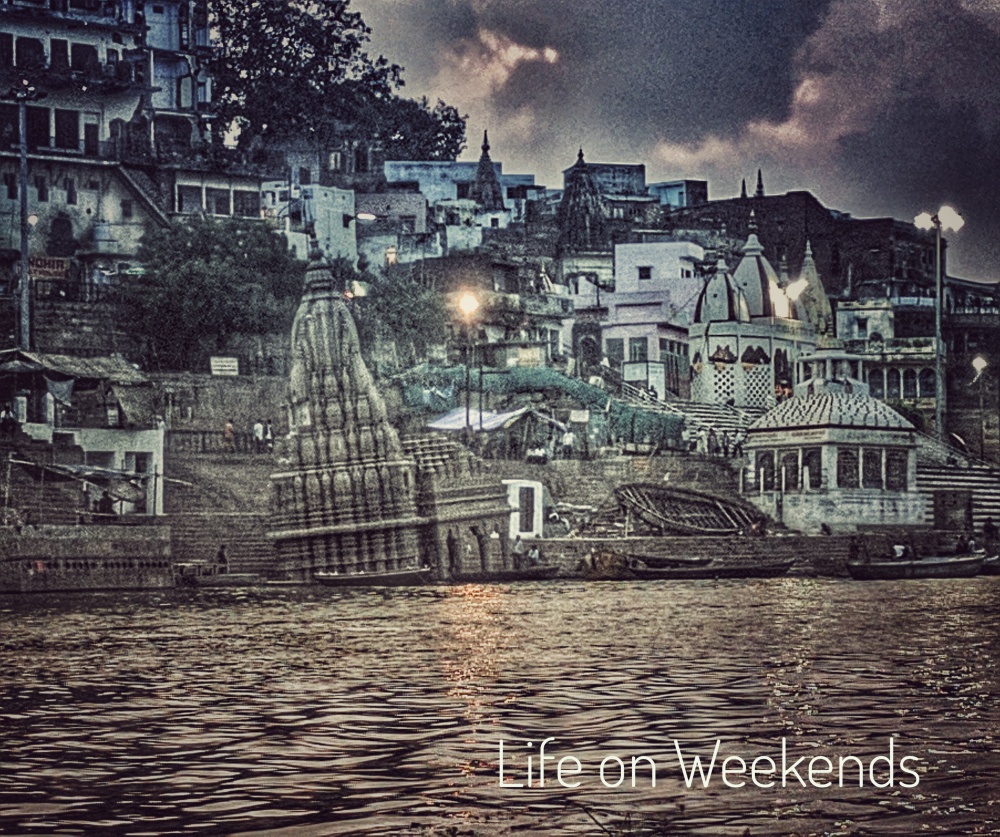 P.S. – Since this is a subject of much debate on Quora and other forums, I would take a moment to clarify. Yes, a mere dip in river Ganges is supposed to absolve you of all the sins. But this in no way means that you can intentionally hurt someone or commit a disturbing crime and walk free after taking a dip in the river Ganges.

In the style of humble Haridwar and vivacious Varanasi: