Across the fertile Uttar Pradesh, arid Rajasthan & deciduous Madhya Pradesh, exists the landscape with eccentric formation of mud moulds that have existed for decades here. By the banks of pristine Chambal river, these mud moulds stand tall at about 10 ft. – 20 ft. & shield those who seek a refuge in these weird geological formations.

In the 70s and 80s, no one would dare to enter these hillocks. Common man would tremble at the mere mention of the ravines. These were the dreaded ravines – the ravines of Chambal – known as Chambal ki ghaati to the common man & beehad to the rebels. The ravines were once home to the most notorious dacoits of India and yet when a journalist interviewed the most dreaded Paan Singh Tomar, he commented:

Beehad be to baaghi hote hain, dakait milte hain parliament me (There are only rebels in the ravines; it’s the parliament that houses the dacoits).

When nature gets protective:

The vast ‘ravines’ conceals all that lies beyond. This probably is the reason why the region is home to many birds, the gangetic dolphin & our national animal, Tiger.  Nearby these ravines, the beautiful river Chambal, flows as innocently as a new born puppy who has yet not developed the fear of road and walks carelessly on roads.

These ravines, as eccentric, as they are, happen to be one of the four severely dissected landscapes within the Middle-Alluvial Ganga Plains.

All these years, the ravines have guarded crocodiles, tigers and dacoits from the outside world with the seemingly impregnable mud-hillocks. Like a doting mother, the hillocks, had neglected the wrong-doings of the rebels who have lived inside the ravines and loved them unconditionally. And like most mothers, the ravines also ended up spoiling their kids who went on bringing hell to nearby regions.

The rise of the Badlands:

The infamous ravines of Chambal are barren and infertile, and therefore, are termed as badlands. These badlands, true to their meaning, have a past of breeding the most notorious dacoits of India.

It all began in the 1930s when Daaku (dacoit) Maan Singh operated from these ravines. Maan Singh was often regarded as the Robin hood of India for he looted the rich and distributed the loot amongst the poor and needy. Seven time, steeple chase winner, national athlete Paan Singh Tomar, picked the gun only after coming to the ravines.

Ravines gave birth to women dacoits too: Phoolan Devi, raised hell, after murdering 22 men in public and thus earning the status of Bandit queen. Much before Phoolan Devi, the ravines were home to Putli Bai & Anisa Begum who were as fearsome as the indigenous tigers of Chambal.

The region around Chambal was almost barren with minimum options for agriculture. Locals were forced to poverty & many turned to the ways of a dacoit mainly because of the absence of any other alternatives to livelihood. Once someone had turned a dacoit, their families would abandon them and boycott them from the village. These outcasts would then find love and refuge in the ravines. 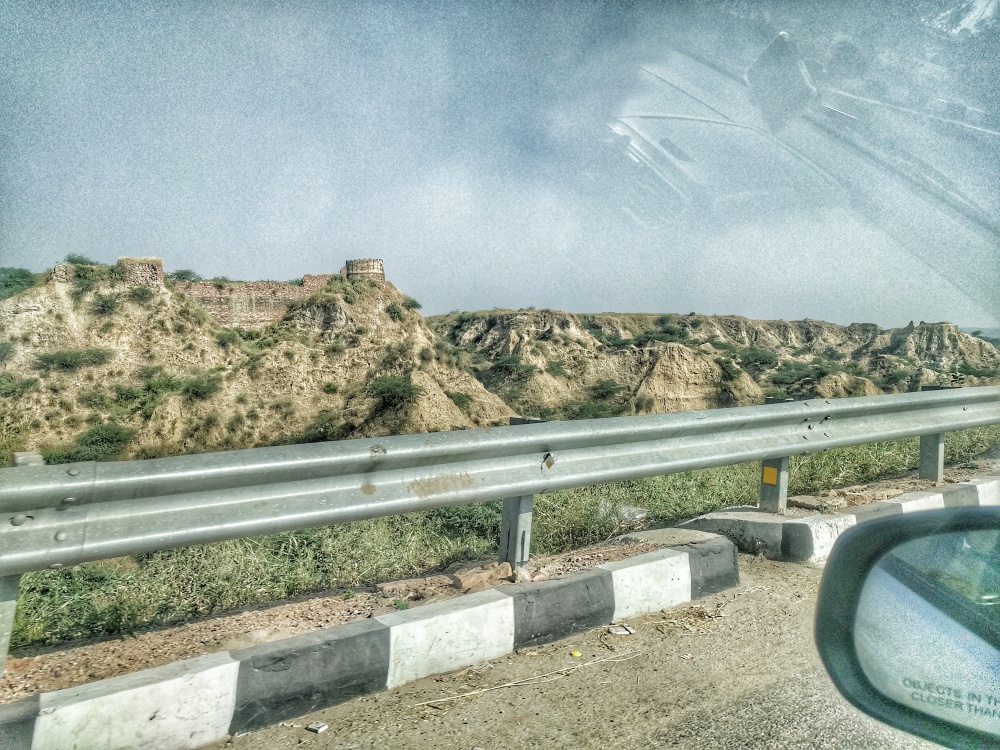 The ravines gave birth to the most deadly dacoits of all time. The next one was always deadlier than the previous one. In the late 90s, however, the ravines started reducing to silence. Once full of thunderous roars and shrieking cries, the ravines were now dead & silent.

The ravines now lay silent in a way that intrigues you. The rebels have abandoned the ravines now and have chosen fancier places for themselves. Not even birds visit the ravines. Years of bloodbath and torture has now marred the spirit of ravines like a bereaved elderly who spends most of their time remembering the past without any care of future.

If you seek adventure:

You could stay for a couple of days in Chambal & go for a river excursion. Chambal is one of the most beautiful rivers of India and one may spot many crocodiles, fresh-water turtles, cranes and Ganges-dolphins in here. If you are an adventure seeker, club your river excursion with a walk through the Chambal ravines.

If you if you need help in planning your trip to Chambal, you could mail me at guptaa.yamini@gmail.com.