15 years ago when I visited Bharatpur Bird Sanctuary for the first time, our guide told us about a tiger that lived in the sanctuary and came by the lake in the evening to drink water. It was an excursion trip organized from KVS (Kendriya Vidyalaya Sangathan). I was in 9th standard and for the first time, I was away for 3 days and 2 nights from home (without parents) & I was excited. The tiger was ferocious and had killed many deer and buffaloes. There were strict instructions for all visitors to not stay in the sanctuary after 5 pm. At least that’s what we were told. It was 4:00 pm and we were nearing the evening time back then. So, the guide abruptly ended our tour and herded us back to our school bus and within 30 mins. off we went.

Since then, I have longed to hear about that tiger who lived in the Sanctuary. Time passed and Bharatpur Bird Sanctuary was rechristened to Keoladeo National Park (Keoladeo Ghana National Park). Over the years, its popularity only grew and the place is considered a holy grail for ornithologists across the world. The national park is a world heritage site today and a resident to many migratory birds flying from Siberia & other far off places. But what happened to the Tiger? A few years back, there was news about the wildlife authorities catching a tiger in the national park.

Also read: Unleash the Mowgli inside you in Bandipur National Park

In December 2016, I went to Bharatpur Bird Sanctuary again (now known as Keoladeo National Park), the place looked the same but did not evoke nostalgia at all. It was strange because I couldn’t relate to the place much. I didn’t recall any specific memory but it still looked familiar like it’s the place from my childhood – forgotten but familiar.

The Aloof Tiger of Bharatpur:

As soon as our rickshaw ride began, I got restless and started bombarding our guide with questions – Where are the birds? What’s so unique about them? From what all countries do they come? Why do they come here? Since when?

In answer to all my questions, the wise one replied, “Sabr kariye behenji, dheere dheere batayenge. Dilli se hain kya aap?” (Have patience, we will tell you everything. Are you from Delhi?)

After 2 mins., I asked him again, “Is there a tiger around? My guide, 15 years back, told me that there was one. And that he comes by the lake every evening.”

He replied saying, “Haan, hai to madamji. Par dikhta nahin hai. Wo dekh rahin hai Gate? Uske paar rehta hai.” (Pointing to a fence, he said, “Indeed, there is a tiger here. But we don’t get to see him much. He lives on the other side of the fence. And we don’t go there.”)

“Nahin, madamji. 25 saal ho gaye yahan. Ek tho baar bhi nahin dikha. Ab log kehte hain to hoga.” (No, ma’am. I have been working here for past 25 years, but I haven’t spotted him even once. Others have confirmed though.)

“Kisi ne dekha bhi hai? Ya yun hi afwah hai?” (Has anyone seen it? Or is it a rumour only?)

“Arey nahin madamji, awfah to nahin hai. Kuch logo ne dekha hai. Ek tho baar koi chala gaya gate ke us paar to wapis bhi nahin aaya. Raat me aata hai tiger jab koi nahin hota yahan. Kahiye to dikha layein aapko gate ke doosri taraf.” (“Well, it’s not a rumour. Many people have reported sighting. We have had incidents when people went to the other side of the gate and didn’t return. The tiger usually comes to this side in night when no one is around. If you wish, I can take yo to the other side too”).

This reminded me of the ‘The Tiger’s Claw’ from Malgudi Days by R.K. Narayan. Could this tiger (from Bharatpur) be a distant cousin of the one from the story? Like the one in ‘The Tiger’s claw’, this one also prefers to roam at night. We can not establish whether Bharatpur has a tiger or not, with full confidence. What we can, however, confirm is that there is no dearth of stories about the ‘tiger of Bharatpur’. Whether he exists in real or not is something to contest, but he surely exists in everyone’s imagination.

Fun Fact: Tigers have binocular vision which is why they prefer to hunt at night. Their vision at night is said to be six times better than that of human beings. Envy a tiger much?

Unlike the unseen tiger, there lives an Indian Python by the lake in Bharatpur Bird Sanctuary. Almost everyone has seen the python; the latter makes no special effort to hide himself. People say that the python is so lazy that he barely moves. On asking whether they are scared of the fact that the python might hurt tourists, guides or rickshaw pullers, they all unanimously replied:

“Arey nahin madam. Bahut aalsi hai. Kabhi hilta hi nahin. Thoda bahut kha leta hai aur chal jata hai uska.” (“No, he is one lazy being. He eats something and stays in the sunlight for as long as he can.”).

I couldn’t spot either: the aloof tiger or the lazy python. But I heard stories of them – intriguing, colorful stories. And I couldn’t help but share with you. Who knows? You might spot both and some more in your trip to Bharatpur Bird Sanctuary (now Keoladeo National Park).

Also read: The fantastic beasts and here to find them

Why you must go to Bharatpur Bird Sanctuary:

…for the birds, the mammals, the marshlands and the greenery. The place is noisy with the babbling, buzzing, screeching, chirping, bleating, honking, laughing, squeaking, whining, squawking, screaming, crying, gobbling and occasional hissing.

No place can get as clamorous as Bharatpur when a phalanax of storks bring food for their babies and the latter ones fight amongst themselves for claiming the juiciest piece. This is Life. Book a weekend for Bharatpur Bird Sanctuary & enjoy life on weekends. 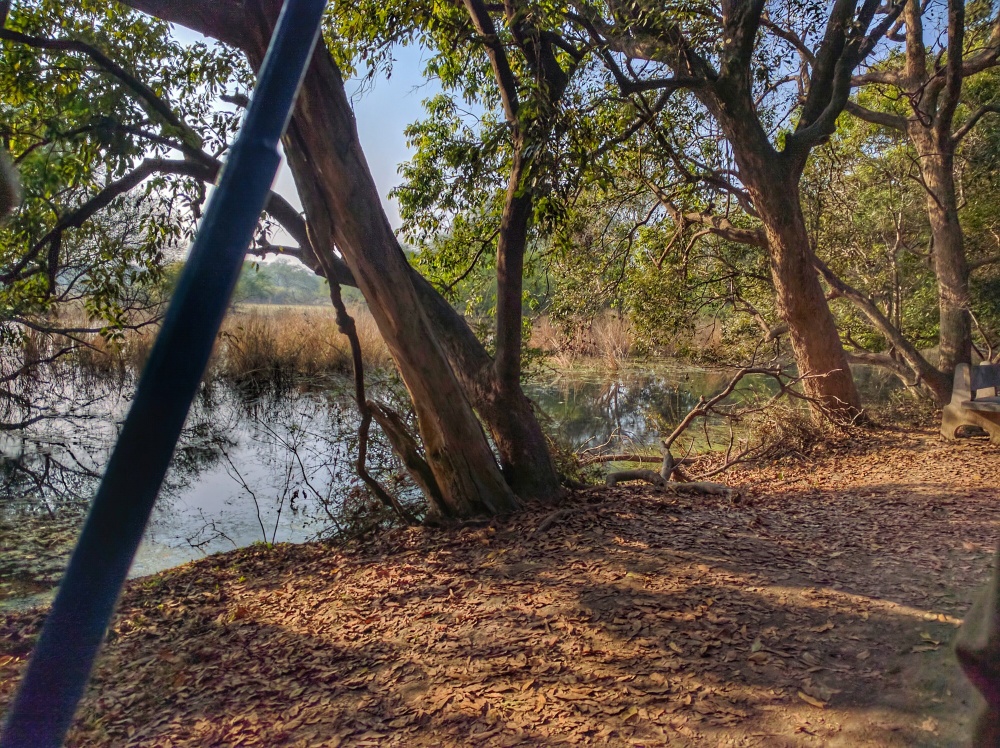